Earlier this year I made a set of payments predictions for 2017, which is living up to expectations as a year with new developments and change occurring on all fronts. In this blog, I give an update on how the payments landscape is shaping up and rotating towards a new world of digital payments.

Contactless transactions are growing at a huge rate, far faster than most realize, showing a profound change in the way we pay across the globe. They are also spilling over into mobile contactless payments (e.g. Apple Pay) which grew 336 percent in the UK in the first half of 2017 compared to the same period in 2016 according to Worldpay.

Prediction: Voice payments solutions will start making a hit with the public—perhaps through Siri on iPhones, Alexa on Amazon and at POS.

Voice payments and voice commerce are an emerging trend that is here to stay.

Prediction: Alternative payment mechanisms (APMs) such as PayPal, iDEAL in the Netherlands and Klarna (Europe and US) will continue to grow strongly (20 percent – 30 percent) for e-commerce, driven both by convenience and by high fraud rates in card-not-present transactions.

APMs are already more popular than cards in some countries for e-commerce, and this continuing trend shows cards dominance is under threat globally.

Prediction: The UK will continue to lead the world in instant payments. Plans will be developed for a new real-time payments infrastructure that leaps ahead of current implementations in terms of ambition and capability.

Instant or real-time payment infrastructures are appearing all around the world. Adoption is gradually gaining pace and we can expect years of ongoing renewal, such as in the UK, as they embed and evolve with the demands of the digital economy.

This is a blizzard of statistics, but they show that the Bitcoin network continues to grow in terms of transactions and users (addresses), that significant sums are transacted over it, and that while miners are multiplying—in fact, tripling—the computing power (# rate) in the Bitcoin network, they are receiving significant rewards for doing so.

The number of Bitcoin transactions is still very low for a payments network, and are constrained by the current network capacity limit (which is supposedly being resolved), indicating that the Bitcoin network is more a store of digital asset value than a payments network. However, while miners’ revenue is dependent for now mainly on block rewards, over time this will diminish increasing their need to compete for transaction fees, and if Bitcoin is to endure, the number of transactions will need to grow significantly.

I suspect that this is part of Satoshi Nakatomo’s game plan for Bitcoin, and if it materializes, Bitcoin will become a mainstream force over the next 10 years as a store of value and as a payments network.

Prediction: Ripple will be the one DLT player in payments that grows, with its technology moving on from use by banks for pilots, bilateral exchange and internal payment flows, to use as a new cross-border payments network with growing transaction volumes between networked banks.

Ripple goes from strength-to-strength. While there are some examples of banks experimenting with other DLT, such as R3 in Singapore, no other DLT player comes close to the penetration of Ripple in payments, particularly cross-border payments.

Hot baths and warm burritos of a reimagined payments industry

Getting real about real-time payments in the United States

What is the business case for real-time payments?

The magic of mobile payments 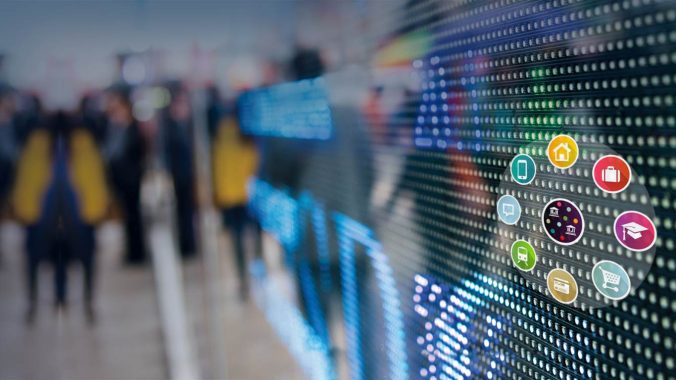 Catching up on faster payments? Here’s how to get ready now