How can banks offer responsible BNPL with empathy? 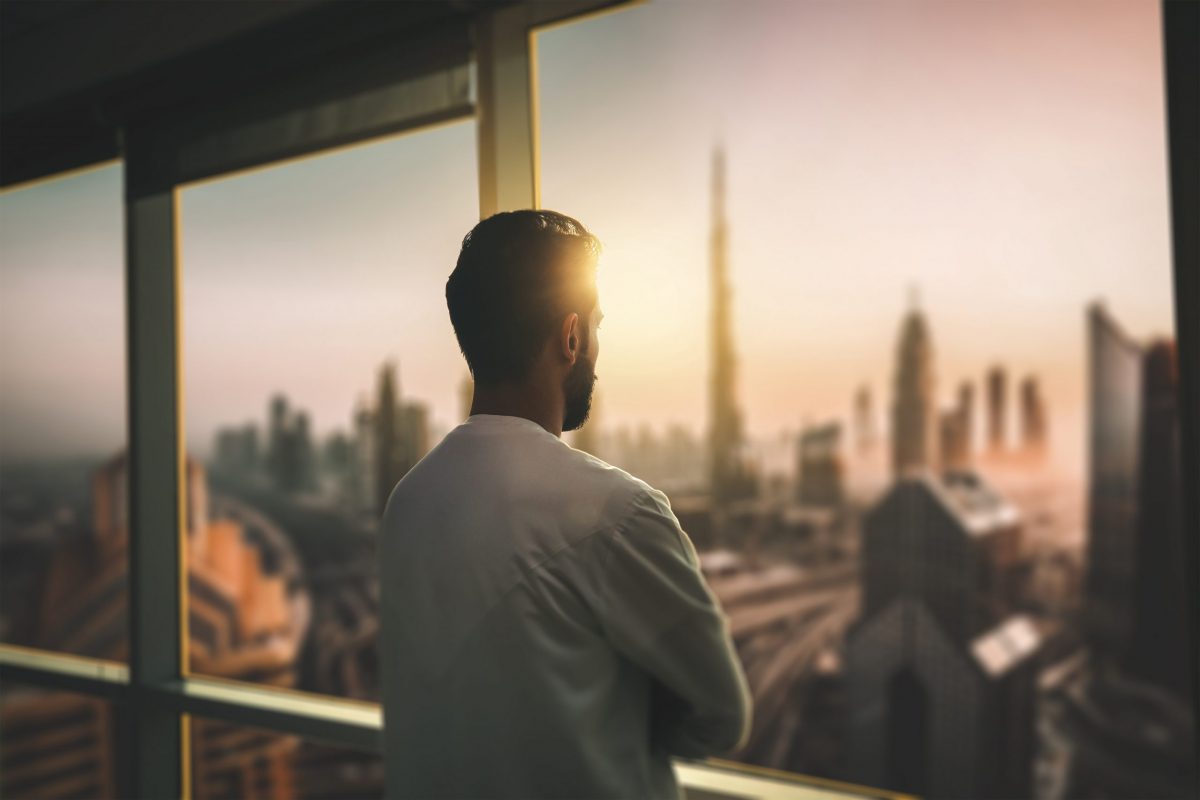 Why change is hard (and what you can do about it)

You’ve heard the old saying: you can lead a horse to water, but you can’t make it drink. Similarly, organisations can have ambitious change management programmes—but that doesn’t mean people will actually change.

The reality is that people only change if change is people-driven. That’s well and good. But there’s an elephant in the room. Many of us don’t like change. And if we’re being honest, that includes leaders and change professionals. But why?

The first challenge is fear: fear of change, the unknown and uncertainty about future outcomes.

Our brains didn’t evolve in a 21st-century workplace, but in a much more hostile environment where the familiar meant survival. Our brains don’t like uncertainty or unpredictable environments. We’re wired to avoid threats and seek rewards—and of those two impulses, threat avoidance is the stronger response.

When change happens, it’s very easy for people to be afraid and experience ‘freeze, fight, or flight’ responses—even if we’re talking about a new technology platform, not a tiger in the brush.

You can force short-term change by using a ‘burning platform’ approach that’s motivated by fear, but that’s not a sound strategy for sustainable and transformational change. Those short-term results rarely translate into long-term gains. In addition, our responses are often influenced by past experiences of change, so if previous attempts at transformation were painful, we will bring that memory to the present situation.

All these factors are exacerbated right now, where other people and places can carry an invisible threat. Between the ambiguity over how long the COVID-19 pandemic will last and a lack of control over the outcome, many people are anxious and afraid. If people aren’t used to working from home, they may feel frustrated about tools not working, social isolation, or having to up- or re-skill quickly. They may be feeling cognitive dissonance—trying to rationalise two contradictory thoughts—as they try to be a productive worker and manage other responsibilities.

The second challenge is that change takes effort and focus. Our brains are energy hogs: they make up less than 2 percent of our body weight but consume up to 20 percent of our daily energy intake.

If you’ve ever spent time with a small child, you’ll know how much they notice and comment on—and how much they learn as a result. For better or worse, as adults, we filter out much of the world so that our brains can focus on higher-order functions. Research from Daniel Kahneman and Amos Tversky showed that humans use mental shortcuts—heuristics—to respond quickly and conserve energy. These shortcuts help us operate each day but can also lead to biases in our decision making and habits that may block change.

In addition, some of our behaviours may be deeply rooted in our beliefs and personal identity that have developed over many years. It may take a lot of time and effort to change, if we choose to change at all.

And mindsets and behaviours really only change when we’re motivated by emotion. NYU psychologist Jonathan Haidt proposed the analogy of an elephant rider: we think the person riding an elephant (our rational brain) is in charge, but we’re only going to end up where the elephant (our emotional brain) wants to go.

To change our behaviour we need to manage our emotions and take conscious actions. Initially this takes a lot of effort. And the new behaviour needs to be repeated in order to stick.

The third challenge is the environment. Humans have a strong need to belong to a group. Our behaviour doesn’t exist in a vacuum. It is shaped by situations and social groups—both inside and outside of work—and is contagious within teams, organisations, and networks.

The organisational environment also sends cues about what behaviours are acceptable. This includes the written rules like work processes, metrics, and reward programmes, as well as unwritten rules like social norms and working practices. Collectively, these can be powerful influences on an individual’s behaviour.

There is good news though. Our brains can change over time in a process called neuroplasticity. We’re born to learn and grow, and we can—and need—to rediscover this. We can exercise choice over our decisions and actions, and we can learn new ways of working and form new habits.

And this matters for organisations. For instance, our research shows that 76 percent of financial services executives say that employees’ inability to adapt to change is one of the biggest barriers to organisational change. We also found that 85 percent of transformations that fail do so because of organisational dynamics—and in particular, due to issues of fear and trust.

Clear the path of least resistance

Behaviour change isn’t just about starting new behaviours or fostering new mindsets. It’s also about reducing friction that’s blocking new ways of working. There’s no easy formula for this. There are many possible sources of this friction, including leaders, teams, work processes and technologies, and workplace and organisation environments. But the objective is the same: we want to make the new way of working the path of least resistance.

I’ll leave you with this: behaviour change is hard, but it can happen. We’ve seen this during the COVID-19 pandemic as many organisations accelerate their collaboration, teaming, and virtual working capabilities. The experience of the last few months has shown us that behaviours can change, and they can change quickly. Many of us have shed unwanted behaviours, and we have the opportunity to decide what we want now.

In short, we can change and we can change together. Focusing on mindsets and behaviours can mean the difference between low and high performance—and that can help build a future business.

To find out more about how to support, manage, and create change in your firm, please contact me here, or @andyyoungACN on Twitter.

How banks commit to being great places to work 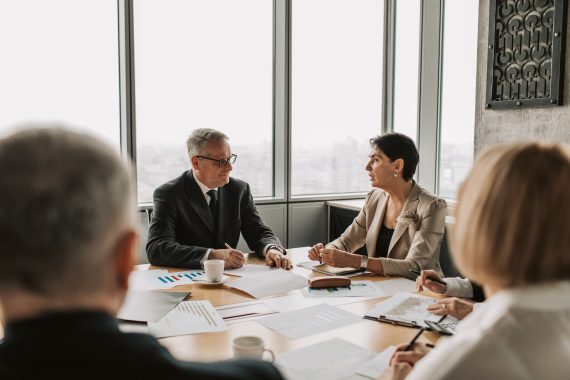 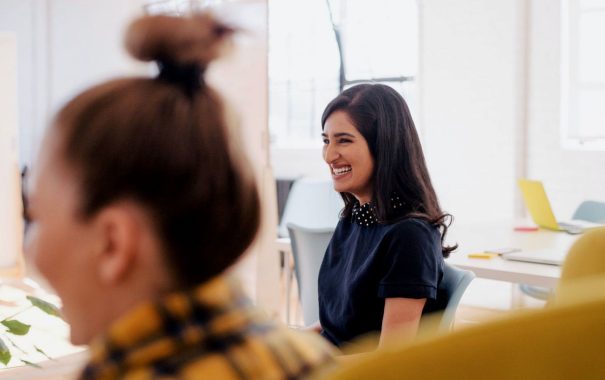 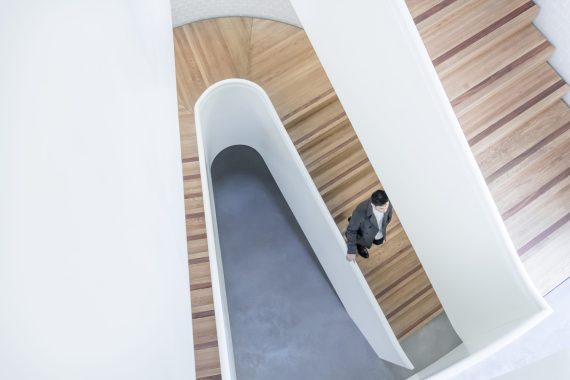 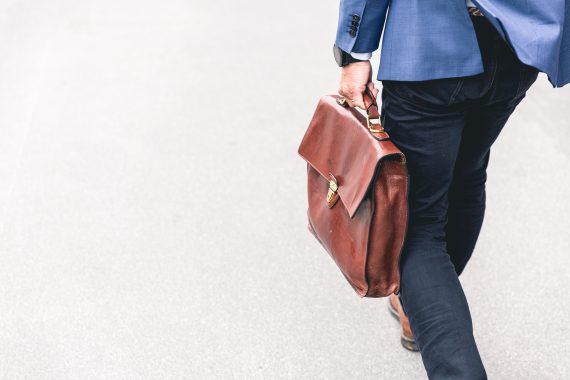 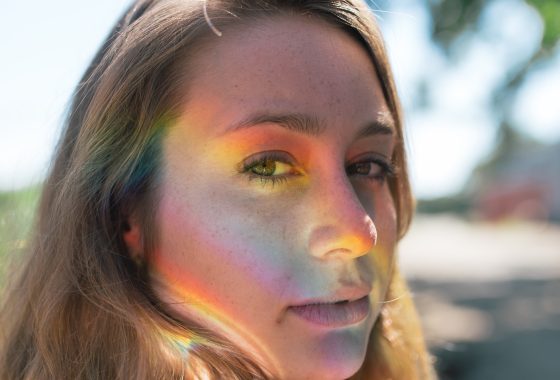 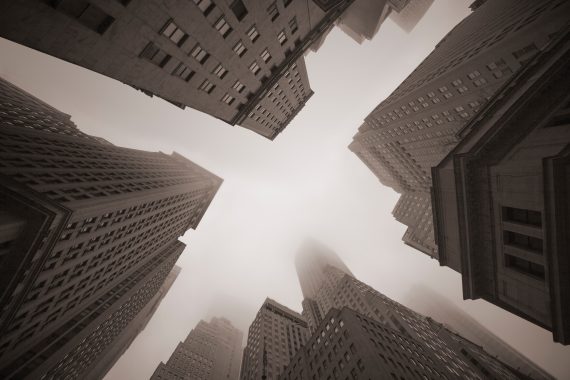 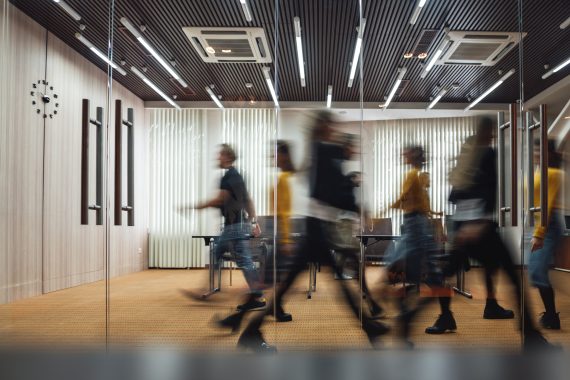 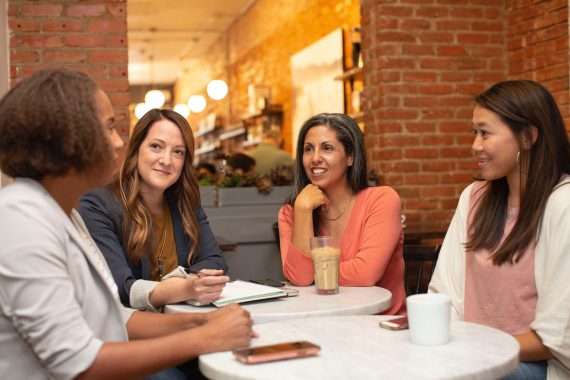 Four steps for a cloud-ready talent system in banking

Next Post - Unlock your people potential with behavioural science